SAS, being the forum of women journalists and communicators in Nepal, felt the need for updating situation of women journalists and began the research. The research is being conducted to access their number, the nature of media they are involved in and their working status, the trend of their entry and exit from the profession and its causes and consequences on the individual journalists, their families, journalism sector and the society as a whole. This would contribute to forming, reforming and implementing the state policies and laws governing the rights of female journalists in particular and journalists in general.

SAS has so far developed research forms and formats in consultation with senior journalists comprising male and female, teachers of journalism, representatives of journalists' organizations and media experts. Orientation has been given to research assistants in Western and Mid-western Development Regions and data has been collected and entered from those regions. SAS will soon start analyzing data once it gets from rest of the development regions which are being collected.

Previously SAS had conducted a research on the 'Status of Women Journalists Working in the Kathmandu Valley' in 2011. As the title of the study suggests, the research provided a window on the situation of women journalists working in different media operating from the Kathmandu Valley. SAS, despite its aspiration to cover the entire nation, had to confine the scope of the study to the Valley alone due to time and resource constraints.

Although, it has covered relatively smaller geographical area, the research has encompassed different dimensions of the status of women journalists which, to some extent, can be taken as a representative case. It has been proven very useful for policy makers, implementers, journalists, media houses, journalists' organizations, scholars, researchers, students and teachers of mass communication and journalism apart from general readers. 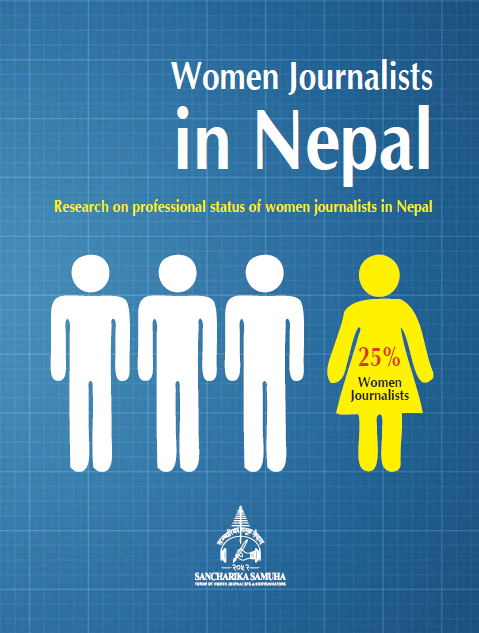